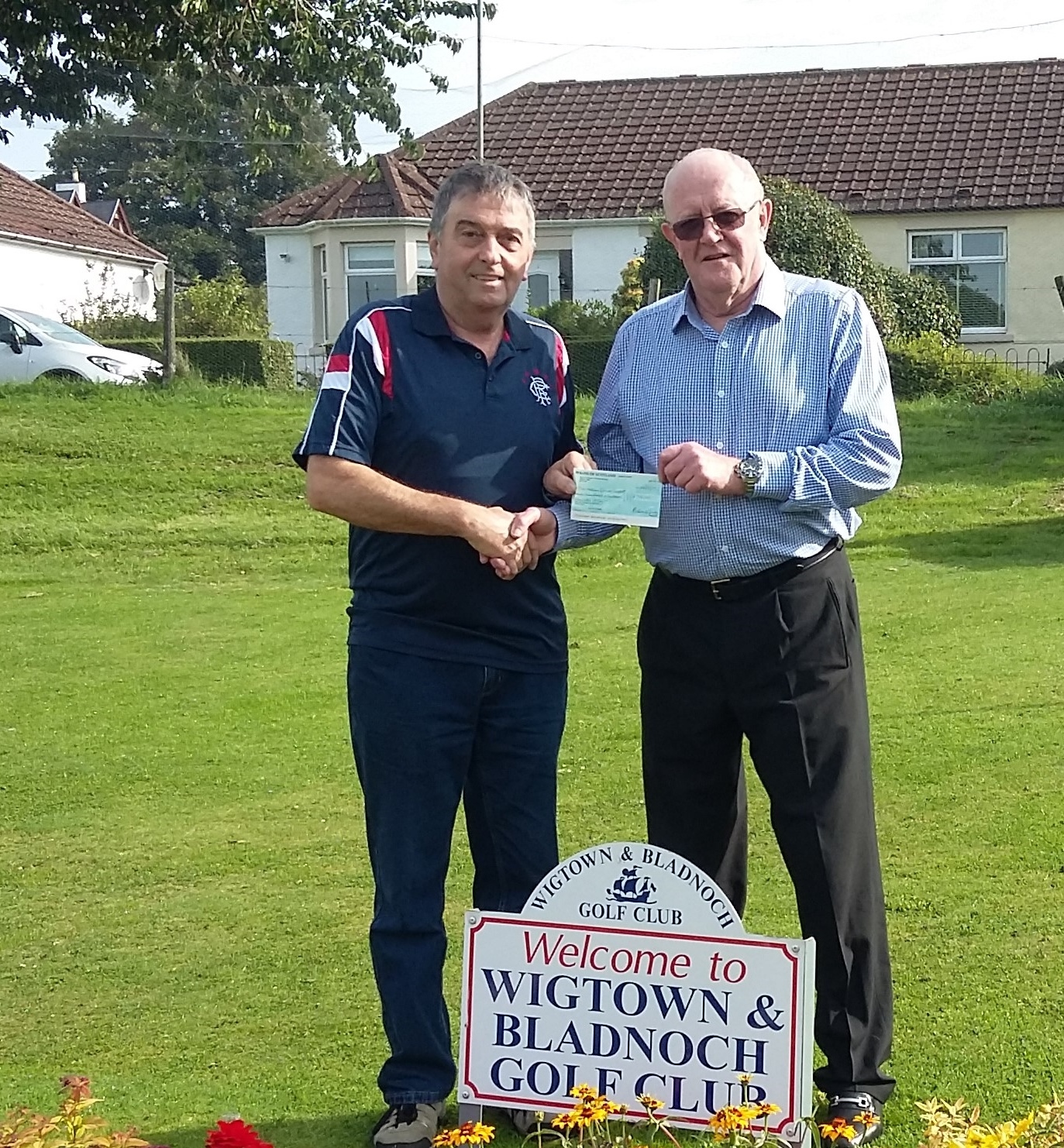 The Davie Baird Mixed Open Golf Competiton has been played at Wigtown & Bladnoch Golf Club for many years. It was originally sponsored by Davie Baird himself and all money raised went to Cancer Research. Davie would donate a week in his caravan at Inverurie as a raffle prize. After Davie’s death, Davy Bell (Wigtown) became the sponsor along with donations from Wigtown Rangers Supporters Club. Since 2011 the competition has raised £4500. The Cancer Charities which have benefited over the years are Cancer Research UK, MacMillan Nurses and Marie Curie.

This year £716 was raised and it will go to MacMillan Cancer Research. The Golf Club would like to thank Davy Bell and Wigtown Rangers Supporters Club for their continued sponsorship and donations , and to all the Competitors who come along and take part. Please come along and support the Davie Baird Mixed Open Competition in 2020, as next year we are aiming to raise £1000 for Cancer Research.

The Captain & Committee have compiled the following document to allow the course to open in a safe environment for all staff and members in line with the Scottish Government and Scottish Golf’s rules. This document will be updated as lockdown restrictions are eased. Please familiarise yourself with our policy before playing.

Join us in the club-house seven days a week